Like its name suggests, Braciatrix is particularly interested in the contributions of women to beer and brewing history. Inspired by the many amazing women of the modern industry, I decided to embark on a project detailing the history of female brewers, consumers, and sellers of beer. Weaving together the stories of real people with the literary tales and mythological figures, the central aim of Braciatrix is illuminate the pivotal role of women to the story of beer.

In 2016 I decided begin a personal exploration of  women and brewing history. As I began searching for sources, it became quickly evident that there is a dearth of information available to the general public. Importantly, as an academic, I found it to be an understudied area, particularly outside of England, amongst my colleagues.

In that light, this project was born.

Posts on Braciatrix will run the gamut from things like original research conducted on contemporary sources in Ireland to historical accounts from around Europe to posts about medieval breweries as I travel. As the modern beer industry in the last several decades has seen a surge of female brewers, bloggers and consumers, I also feel this is an important element to include. From medieval to modern and commoner to queen, the end result will hopefully be a series of books detailing women and beer throughout history.

As I am currently based in Ireland and have access to the crucial primary sources, I am also particularly interested in women and beer from the Irish perspective. From scouring the archives and pouring over chancery rolls, I am compiling and analyzing the medieval, early modern, and modern sources. 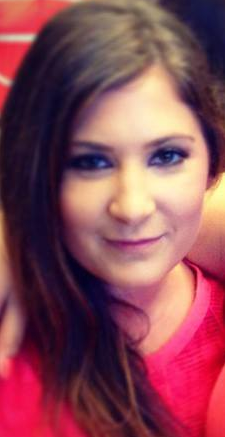 I finished my PhD at Trinity College Dublin in 2017 where my thesis topic covered both history and archaeology. I also hold a MPhil in medieval history from the same university and my undergraduate background is in history and broadcast news.

Additionally, I have worked with and studied multiple medieval languages including Old Irish, Latin and Old Norse. I have written, or co-written, book chapters for several publications including the most recent Medieval Dublin.  I have experience with digital humanities, as I was one of the team members for the the ‘Battle of Clontarf website’ an EU Structural Funds project.

Finally, I am the President and Founder of the Ladies Craft Beer Society of Ireland and a BJCP Beer judge. I have spent extensive amounts of my personal time working with, and talking on, women and brewing, both in modern and historical senses.

It is my background as a professional historian, combined with my love of all things craft beer that led me to begin this project.